History of the Pilates Method

13 Jun History of the Pilates Method

Posted at 15:18h in Uncategorized by SportsFit

Pilates is a unique method of exercise, which requires concentration, control and precision. Pilates exercises are versatile and easily modified, so are beneficial for people of all backgrounds and abilities. Because of increasing popularity in Australia over the past 20 years or so, various forms of Pilates practice now exist: mat classes in big groups; studio sessions in private practices; and Reformer workouts in gyms and fitness studios. Focuses range from fitness training to injury rehabilitation in clinical settings.

But how did it all come about?

The Pilates method was founded by Joseph Pilates. Born in Germany in 1880, 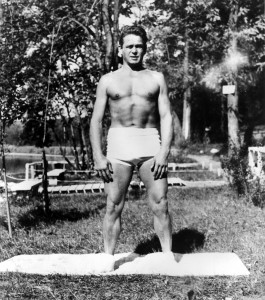 Joseph played a range of sports as a young man, including diving, skiing and gymnastics, which exposed him to a wide range of training methods. He also posed as an anatomical model and became interested in Yoga, Zen meditation and Greek-Roman exercise regimes.

In 1912 at the age of 32, Joseph left Germany to box competitively in England. However, during the outbreak of WW1, he was stranded in an internment camp in Lancaster, and was then moved to the Isle of Man. Whilst there, bored and under-occupied with any meaningful work, he encouraged other internees to participate in his exercise regimes to help them maintain both healthy bodies and minds. He treated it more like a fitness camp rather than a prison, and the exercises performed at this stage consisted of what we now know as the ‘Pilates mat exercises’. Upon his return to Germany after the war, he submitted patents for the early design of his Reformer machine. 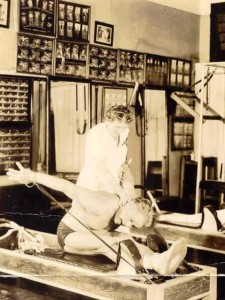 In 1926, keen to avoid the stirring political troubles in Germany, Joseph migrated to the USA, where on the voyage he met his future partner, Clara, a kindergarten teacher and a nurse. In New York City he was exposed to new fitness methods, where he was inspired to further develop the spring resistance and strap technology now synonymous with the Pilates method. Joseph became determined to live a life of ultimate health, and to develop a method of becoming physically and mentally stronger. He called his method ‘Contrology – the complete coordination of the mind and body’.

He and Clara opened the first ‘Contrology Studio’ on 8th Avenue in NYC. The dance community particularly embraced his method to develop their strengths and dance disciplines. The studio was operational until 1966 when a fire broke out in the building. Pilates died in 1967 at the age of 87. Clara is credited to have championed her late partner’s work following his death, and continued teaching until her death in 1977, including taking a bunch of Joseph’s clients under her wing and training them to teach their method – they are known as the ‘Pilates Elders’.

Since that time, the traditional Pilates method has been continually practiced and advanced by a the Elders and passed on through lineages of loyal teachers. It has only been more recently that the clinical community, consisting of physiotherapists and other allied health professionals, has embraced the practice and promoted it as a valuable system for injury prevention and rehabilitation, as well as a safe and effective tool in maintaining general fitness and wellness 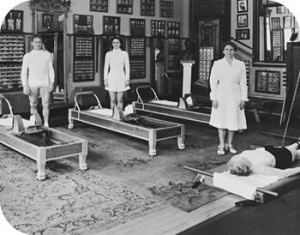