Posted at 15:10h in Physiotherapy by SportsFit

Knees and ankles are the most commonly injured body parts of netballers.

According to Netball Australia data, ACL injuries of the knee account for 25% of all serious injuries in netball. The ACL is a major stabiliser of the knee, and the recovery from an ACL injury requires a long rehabilitation process.

What is the Netball KNEE program?

The KNEE program is a warm up program that is to be completed courtside. The program includes warm-up drills, strength, balance/landing and agility.  In particular it targets how to land and move safely and efficiently, helping prevent injury.

Who should do the Netball KNEE program?

Netballers of all levels can complete the program. The program targets three specific player groups – junior, recreational and elite level athletes, with different exercises tailored to match the predicted capabilities of each group.

Netballers should do this program to not only reduce their risk of significant knee injury, but also help prevent ankle injuries and improve overall performance. The KNEE Program is based on programs that have been proven effective in reducing lower limb injuries generally and specifically reducing ACL injuries from 40–70%. By doing this program, it means you can spend more time on court playing the sport they love. 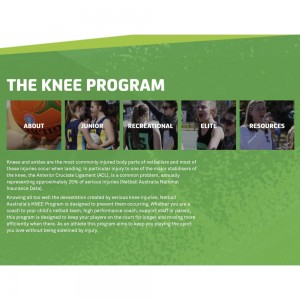 How long does the program take?

It should take no longer than 12–15 minutes each session.

Is it easy to implement?

Netball Australia provides awesome resources which includes posters, manuals and videos of each of the exercises. There is also information specific for coaches and players to learn more about the program. When players, coaches, medical staff are all working together the KNEE program is very easy implement for your club. To learn more, head to the KNEE program website http://knee.netball.com.au/

Our physiotherapist, Jesse Pardo is a Nationally Endorsed Provider of Netball Australia’s KNEE Program. At SportsFit Physio & Health we are keen to see netballers of all levels benefit from this important injury prevention program and would be happy to guide your club or association through this program.

Book a session with our expert Netball physiotherapist Jesse HERE 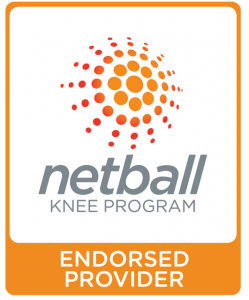