Posted at 16:50h in Uncategorized by SportsFit

We love being involved and supporting our local community.  On May 11th 2019, SportsFit once again helped out the parents of our local primary schools prepare for their annual Netball and Football games.

Our day began at the Mums’ 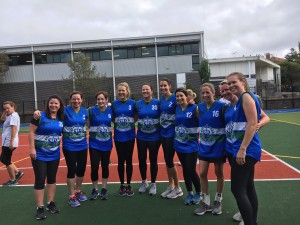 netball competition, held at Lloyd St Primary, taping a few ankles pre- game. It was great to see all the Mums participating in their own warm-ups! A series of round-robin games occurred between Lloyd St, St Mary’s, St Roch’s and Malvern Primary Schools. It was the Lloyd Street Mums who took home the MLC Netball Title in fierce fashion! Congratulations to all the Mums involved, the cheer squads of children and the husband/family support crews. 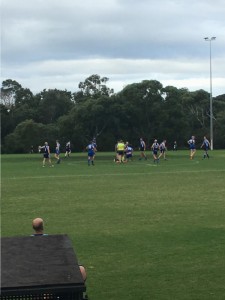 It was on to the Dads’ Footy at DW Lucas Oval where it was Lloyd Street v Malvern who kicked things off in a closely contested match. The second game was another thriller between St Roch’s v St Mary’s. After several years of being the runners-up, St Roch’s went one better, proving they are worthy of the bragging rights for the next year! Well done to all the Dads who participated!

Pre-game and during the footy matches it was all-hands-on deck; the SportsFit girls

where incredibly busy strapping ankles, knees and shoulders, as-well-as giving complimentary calf/hammy rubs to help the Dads warm-up! There were a handful of on-field injuries, a couple of hammy and calf tears, and a badly lacerated finger! We hope everybody has followed their instructions to aid in their recovery!

Overall the day was a hit on and off the field! It was great to see all sides raising money for cancer charities, something that has touched each and every one of us.

We look forward to supporting the MLC Cup again in 2020 with some brand new ideas to keep all the parent players Netball and Footy-FIT! 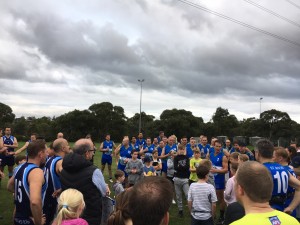