Posted at 11:59h in Uncategorized by SportsFit 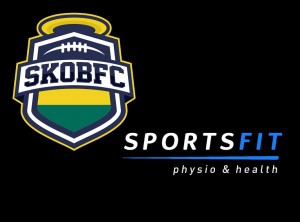 SportsFit were proud again to be involved with the St Kevin’s Old Boys Football Club (SKOBFC) for the 2019 season, with Brad continuing his role as Head Physiotherapist of the Club.  After roughly doing 500 ankle tapes, 15o shoulder tapes, 300 thumb tapes and 50 knee tapes; rubs and rehab; and standing on the side-lines in sunshine, hail, gale-force winds and torrential rain; it again came down to the final game of the VAFA William Buck Competition.

Hoping for a three-peat for the Men’s Seniors, it unfortunately wasn’t to be with us losing to a very classy University Blues team in the Grand Final.  This shouldn’t overshadow what was otherwise another amazing year from the football club.  Some of the key highlights of the season included:

The success of the club is testament to all the people involved with SKOBFC, and we thoroughly love our affiliation. We do remind all players registered for 2019 you are still eligible for the sponsored rates for our services.  So to get on top of those post-season injuries give our friendly reception a call or BOOK ONLINE.