SportsFit helps out at the Festival of Footy

09 Oct SportsFit helps out at the Festival of Footy

Posted at 14:31h in Clinic News by SportsFit

On Saturday 5th October SportsFit were proud to help support the Festival of Footy, a fundraising event organised by the Aussie Sevens Touch Football organisation and in particular John White. 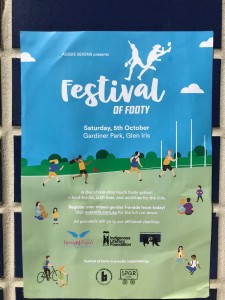 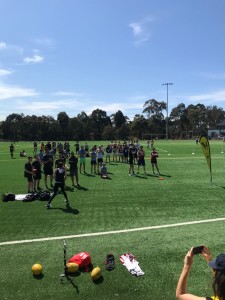 Held locally at Gardiner Park in Glen Iris, it was perfect weather for the 11 sides competing in the inaugural event of non-stop touch footy action.  All the proceeds of the day went to the Aussie Seven’s affiliated charities:

Congratulations to all the participants on the day and other affiliated sponsors (Barrel of Beans, Ashburton Bendigo Bank, Billy Van Creamy, Brickland Brewing, S.P.Q.R. pizza, Mary and a Little Lamb).

Representing SportsFit on the day were Moayad, Brad and Jodie, who provided medical support to all players and 10 minute remedial massages.  We had great fun meeting everyone and helping out both the players and spectators.  Jodie and Brad even when head to head in a longest kick competition- which Brad just won (according to Jodie!). 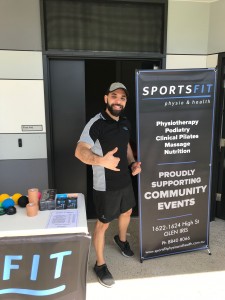 If you want to learn more about the Aussie Sevens Touch competition, read HERE, and we look forward to being involved again next year. 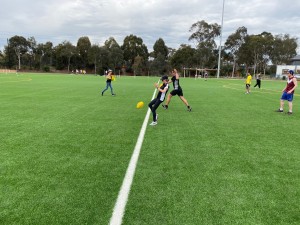